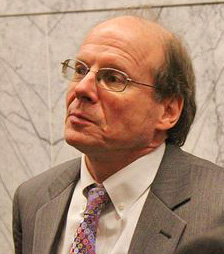 Mike is listed in “Best Lawyers in America” (Woodward/White, Inc.) for labor and employment law, has been named a Pennsylvania Super Lawyer (Philadelphia Magazine), and has been named one of the best lawyers in Pittsburgh (Pittsburgh Magazine). He has also received Martindale Hubbell’s highest rating (AV) for legal competency and ethics.

He is a member of the AFL-CIO Lawyers Coordinating Committee and serves on its board of directors. Other memberships include the Allegheny County Bar Association Labor and Employment Committee and the Legal Committee of the American Civil Liberties Union.  He also serves on the Board of Directors and/or represents a number of non-profit organizations, including the UE Research and Education Fund, and the Battle of Homestead Foundation.  He was a Commissioner on the Pennsylvania State Ethics Commission from August 2001 through December 2004. Previously he served for several years as a hearing officer for the Pennsylvania Disciplinary Board.

He was the recipient of the Thomas Merton Center’s New Person Award for peace and social justice work (2007 and 2010), the 2005 ACLU Marjorie Matson Award recognizing civil liberties work, and in 2005 a proclamation from Pittsburgh City Council honoring him for his civil liberties work. In September of 2010, the Pennsylvania Labor History Society will be presenting him with the “Mother Jones” award recognizing his work on behalf of unions and working people.

Mike is a frequent speaker on labor and employment and civil liberties issues to Continuing Legal Education Programs for lawyers, to labor unions, and college programs. He is often interviewed by the media on labor union and civil liberties issues. He seeks to practice law from the premise that human rights and the dignity of work and workers shall be regarded as more important than property rights. 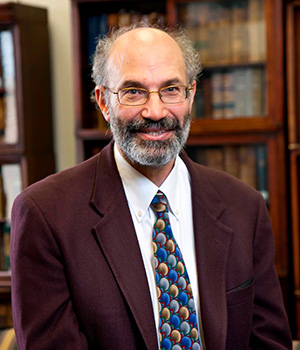 Professor Lobel is editor of a text on civil rights litigation and of a collection of essays on the U.S. Constitution, “A Less Than Perfect Union” (Monthly Review Press, 1988). He is also the author, with David Cole, of “Less Safe, Less Free: Why America is Losing the War on Terror.” He is the author of numerous articles on international law, foreign affairs, and the U.S. Constitution in publications including Yale Law Journal, Harvard International Law Journal, Cornell Law Review, Virginia Law Review, and many newspapers. He is a member of the American Society of International Law.